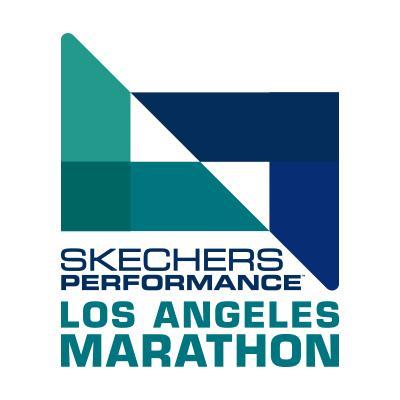 Although I was met with logistical challenges once again, the Los Angeles Marathon was not going to get the better of me this year.

As true to form, the parking and street closures presented their difficulties getting to the Convention Center during the Health Expo to pick up my swag bag and bib number. Parking at the Convention Center cost $20.00 to park in the structure. Bringing my tally to now over $200.00 just to enter the race. Not including all the equipment and training costs, gas money to and from home, or any other expenses I can’t think of right now..

Early Sunday morning (3:00am) wake up to be to Dodger’s Stadium to meet with the rest of my group to get sorted. This year I am keen to the cluster that is the parking at the stadium, so I make sure I am there with PLENTY of time. The parking attendants/security were apparently not communicating amongst themselves and after talking to 3 separate people in 3 separate lots I finally made my way through the barricades and found a parking spot, but not even in the ADA parking where I was supposed to be.

Suited, booted and ready to get rooted, we are rushed to the start line with 45 minutes to sit and chat before the starting bell actually went off. I have to give mention to the crew at Achilles International for all their support to not only their own riders, but ALL of the rest of us. They really are a great group of people. I have had the pleasure of riding for their team in races in the past.

With lack of training and all the deterioration from the previous year’s “Sore Saga”, I was rather unprepared physically, but was realistic in my goals. I just wanted a good clean race and to cross the finish line with a respectable time. After having mechanical breakages on my bike in both my previous LA Marathon attempts, I just wanted to get the bad taste out of my mouth and call it good.

Count down and we’re off! All was feeling good and on pace.. until my arms decided to give out about mile 20 and I just had to kick in the mind over matter and will power it to the finish line. Luckily, the last few miles are pretty straight and a downhill grade. Oddly, the fog had rolled in off the water, cooling the temp down – which was welcome – but made for some rather difficult visibility. I could only see maybe 75-100 feet in front of me and could only imagine a sharp turn missed or some random pedestrian wandering into the street to get taken out at the knees.

Success! I crossed the finish line safe and sound, and in one mechanically together piece. My “unofficial” chip time was 2:11:04. A faster time then I had ever finished the LA Marathon before. I can’t help but be pleased deep down. And, I have to give a truly enormous thanks to all my sponsors and supporters! I never could have done it without you -- Spinergy, Triumph Foundation, Kenda USA, Competitive Edge Sports, Box Wheelchairs, Supracor.

The 2016 race year is off to a good start. Things are only going to get better from here!